Home / TIPS / Frontal collapses close to the ground : how to avoid and manage them? 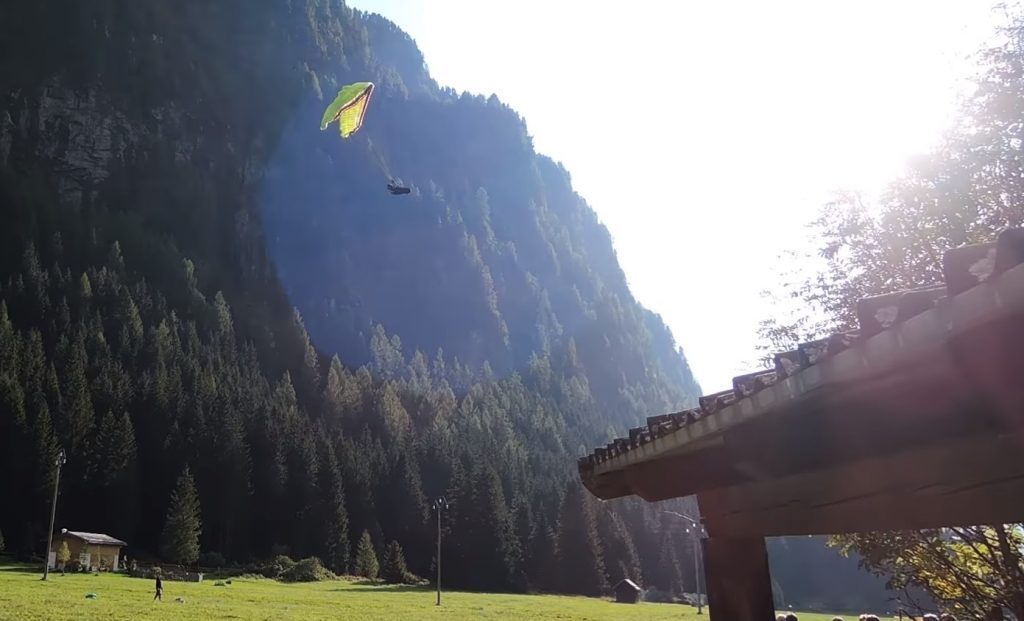 Frontal collapses close to the ground : how to avoid and manage them?

All you need to know to minimize the risk of frontal collapses near the ground..

YIn the video, you will see successive landings of pilots in a valley. The first ones go smoothly but the last one hits a turbulent air mass and has a huge frontal collapse at about 30 meters above the ground.

With Jerome Canaud, discover all the parameters which will reduce this type of hazard (positioning and control of the wing) but also the piloting configurations, positioning and mental attitude, needed in a frontal collapse situation..

WWe notice the aerological conditions at the beginning of the video. The wind is moderate (the wings are flying correctly), the air mass is turbulent in this area. Topographically, the landing zone is situated at the bottom of the valley. It is long enough but with quite a lot of obstacles upwind of this area..

The first wings, which we see landing properly, are coming in at the beginning of the landing field. The yellow wing is higher and much more ahead and will land at the upper end of the field, further up wind, where the aerology is not laminar (wing pitch movements with gain and loss of altitude)..

The pilot’s landing choice (in this aerological and topographical context) forces him to be attentive and to adapt his piloting, which he does very well.

As the pilot is using a pod harness it is hard to know whether he is using the speed bar, but I don’t think so since this would increase the risk of a frontal collapse near the ground. On the other hand, he is actively piloting on the brakes without excessive input, meaning that that he stays in control of the wing around the pitch and roll axes, whilst staying on course (into wind).

I believe that the strong turbulence is the cause of his position (the relief in front of the landing zone perpendicular to the valley and the wind). This turbulence generates a huge asymmetric frontal collapse on the right side, close to 60% of the wing span (and 45% of the chord, the most challenging part!).

The wing immediately initiates a steep backward swing (pilot goes forward and up > swinging motion) . The risk at this moment is to jump on the brakes and induce a stall. The heading is well managed on the left command without too much input, therefore there is no over steering (possible left stall) and the wing does not go into auto-rotation (right hand, on the closed side). We can say that the pilot stays lucid, does not panic, analyses well what is happening and acts accordingly. I believe the pilot is experienced and was prepared for a turbulent approach, therefore he was not so surprised by the frontal collapse and his actions were appropriate. The pilot has good mind control as well as a good analysis of the situation since he had well balanced command inputs knowing he was very close to the ground.

The fact that the wing re-opens slowly reduces the dive which follows the back swing. The pitch
movement is moderate, so much the better near the ground !

How to anticipate such an incident and what are the skills needed to face it?

How to anticipate such an unpleasant event so close to the ground ?

– think about where you place yourself above the landing zone by taking into account the topography upwind and it’s aerology.
– stay attentive whilst staying on course into the wind and reducing all pitch and roll movements.
– staying seated allows you to pilot up until the end, this is a choice.
– we can also, in this case, pull the ‘big ears’ to stabilize pitch and roll movements of the wing (in
the straight line before touch down). However, a subtility, if the aerology is turbulent near ground (as in this instance), then it is better to stay with a fully open wing and to pilot actively. It is difficult to provide the right recipe since it depends on many factors (wing type, turbulence levels, pilot experience…)
– pulling one ‘big ear’ is also a good technique to land in turbulent aerology during finals..

To conclude, the right balance between the pilot’s expertise (technique, analysis) / wing type / state of mind during the incident, are the keys to the safe management of the situation. With no expertise nor analysis, the pilot would have either not reacted or wrongly reacted. A more sensitive wing would have had much greater reaction. Less mind management would have lead to over-piloting..

Therefore, it is important to manage his mental capacity in such a way as to keep a ‘reserve’ in order to act with lucidity until the wing is on the ground. The solution consists of being able, during the flight, to take the decision to end the flight before the mind’s reserves are spent (keep 30% of this capacity for the landing phase).