X-Alps pilot Steve Nash killed during an expedition in Mongolia

In 2015, Rock the Outdoor had the chance to meet Team Red Bull X-Alps (GB) in Salzburg. Steve Nash (left) and Richard Bungay had agreed to present to Emma Casanova (also webùaster of the English version of the site and who know Steve very well) the mandatory safety equipment that every pilot must wear during the competition.

English pilot Steve Nash has not died after a paragliding accident during Spiralling Steppes 2 adventure in Mongolia. Continuing his adventure alone, he was robbed and killed by thugs.

It is the Cross Country magazine which reports the sad news

Initially, Steve Nash was accompanied by Gareth Aston for a trip to the Khangai Mountains in central Mongolia. After many hard landings, Aston had to abandon because of back problems (august 31 th). Steve decided to continue the expedition alone. But the next day, his family and friends following the tracking Spot did not see movements and had no messages. His lifeless body was found with his full equipment. However, he lacked the money and passport. Nash had been robbed and killed by unknown assailants.

Steve Nash was a British adventurer pilot who participated in 2 times in the Redbull X-Alps. The British pilots community lost a great pilot known internationally and highly regarded for his modesty, accessibility and always very positive.

We extend our sympathy and condolences to his family and friends.

The 115 competitors who participated at PWC in Gemona, Italy from 4 to 11 June 2016 had not really chance. Indeed, the competition has unfortunately suffered from the bad weather. Fortunately, two tasks were held, minimum conditions required to validate the competition.

Click on the image to see the route – See tracking CFD

On the 1st May 2016 the first news buzz is on Facebook – Martin Morlet has broken France’s distance record to fly 411km from Rouen.

Launching in the morning at 11am from the French site of La côte des 2 amants in the Eure region, Martin landed at 20h45, sunset, at Croisille sur Briance  near Limoges!  Martin posted on his Facebook page later on that evening with a photo of his final glide and the text “411”.

Martin Morlet is now patiently waiting for his flight to be officially declared as the new French distance record, beating that of Luc Armant when he flew 365km from Jeufosse on 3rd May 2014.

Congratulations to Martin Morlet from Rock the Outdoor!

Paragliders for 50 Swiss francs in Switzerland !

Switzerland’s new 50 CHF Swiss Franc bank note has a paraglider and pilot against a backdrop of the Swiss Alps printed on one side.  The initial designs of the bank note were first seen in 2005 and were kept top secret by designer Manuela Pfrunder and team.

Released today, 12th April 2016, could this become a new collector’s item for paraglider pilots? Possibly, but will the Swiss have printed enough of them !

Currently taking place is the first event in the 2016 World Cup series, taking place in the region of Espirito Santo, Castelo in Brazil.

The region is to the south of Espírito Santo and is a world class flying site. Pilots can benefit from several launch areas : Alfredo Chaves, Castelo Sao Vicente, but also Vargem Alta – Rampa do Mirante which is the most popular of the local sites.

Check out the pilot selection

Conditions for first of the World Cup tour events look good an are set to provide promising weather for the remainder of the week, as we can see from the Training Day from Castelo.

Live tracking for this event will not be broadcast until the PWC can recover the live trackers from Brazilian custom officials.  This is not the first time that the PWC has had problems importing the tracker units to South America; earlier on this year for the 2015 Superfinal in Valle de Bravo, live trackers were also temporarily confiscated on arrival at Mexico airport, later to be returned by the authorities several days later.

The first video footage is brought to us from the Paragliding World Cup (PWC) cameraman, Philippe Broers.

Today’s task saw pilots launch from  Castel Sao Vicente. The end of race proved to be tricky with only a handful of pilots in goal. You can see the first day’s results here, with France’s Lucas Bernardini leading after the first day:

See all the results – relive the race in 3D

On Tuesday 23 March, Wim Verhoeve, Belgian paraglider pilot launched from Beauraing in Belgium and landed near Charleville-Mézières in France. After having landed in a field a man stopped to ask if he could take him to the nearest train station in Charleville-Mézières. In reality, the man drove Wim Verhoeve directly to the Police station where he had previously informed Police of the offense of crossing the border by air.

Wim is an experienced paragliding pilot and member of the working group in Belgium for paragliding air law in the area.  He also represents the Belgian Flying Federation and the French FFVL, and knew perfectly well that he had not committed any offense. Nevertheless, this did not prevent local Police from detaining him for more than an hour as a precaution.

Beauraing is situated close to the Belgian border and is known to pilots who fly there on a regular basis; all the more reason why Wim was shocked by the reaction of the local resident, saying: “People are becoming wary of everything, it’s a real shame!”. 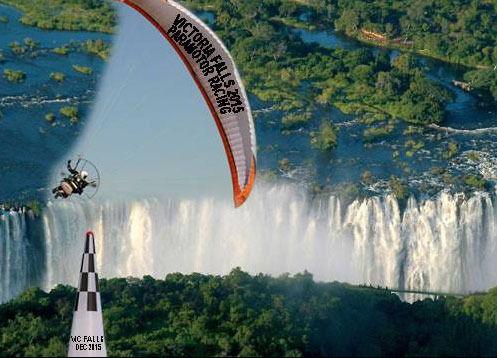 A first for Africa as paramotoring competition reached Zimbabwe

Too young to go

It is with great sadness that we learn of the death of 30-year-old paragliding athlete Peter Von Bergen, Switzerland, following an incident in Fiesch last Sunday.

Peter launched from Fiescheralp on a routine flight.  Whilst carrying out several acro manoeuvres above some steep terrain, he lost control of his glider and spiralled to the ground from several hundred feet.  His reserve parachute had not been deployed.

Peter Von Bergen, known in the paragliding community for his Hike & Fly exploits: the Jura Hike & Fly in 2014, victorious in the Vercofly in 2014 and 2015, and recently his participation in 2015 in the Red Bull XAlps.

Our condolences go to his family. 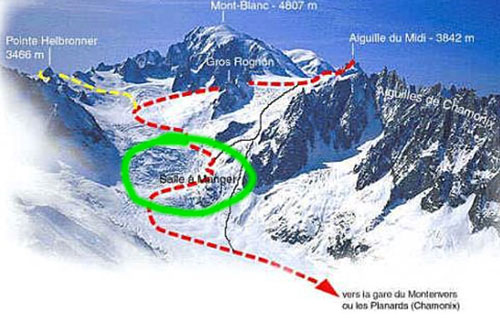 According to the information gathered from the scene, the pilot had ended his flight and landed in a serac area and into a crevasse