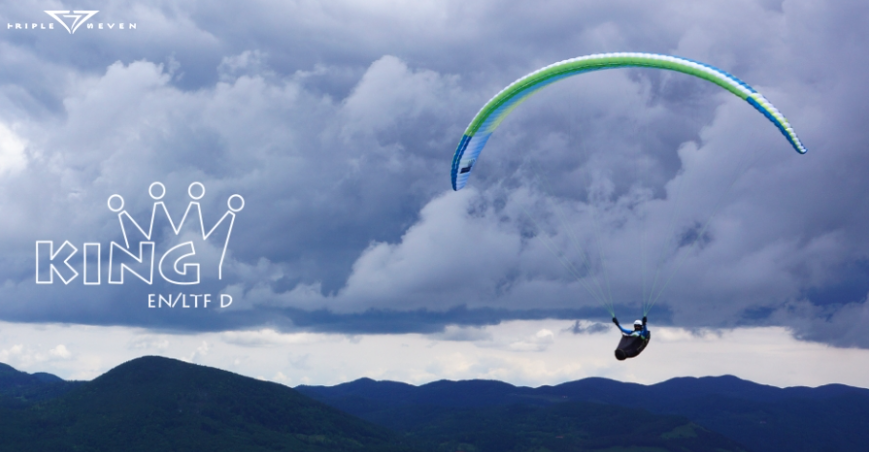 Ziad Bassil has hailed the Triple Seven King as the new reference in gliding power for the EN-D category. Built to perform the King's reasonably agile qualities make it excellent machine for the experienced EN-D pilots

The first female to fly over 400km!

Congratulations go to Italy’s Nicole Fedele who has smashed the existing female world distance record, by flying over 400km on a Triple Seven King.  Her flight lasted 9hrs21 minutes.

Nicole having only received the 777 King days before her departure, had little time to fly it before embarking on her mission to Quixadà, Brazil. Triple Seven say that the King is possiby the best performing EN-D paraglider currently on the market.

Looking at Nicole’s tracklog, there was a low save earlier on in her flight ,but she was latterly rewarded with a generously strong climb at the end of the day taking her back up to base, and enabling her to fly an extra two hours to make the new world record.

Triple Seven Paragliders have announced the certification of their END glider, the King, which passed the flight tests for the M size (90-110kg).