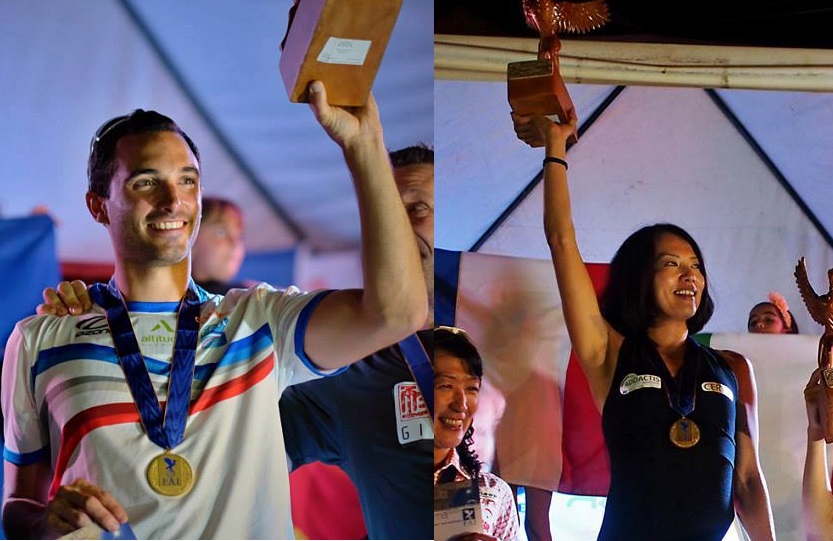 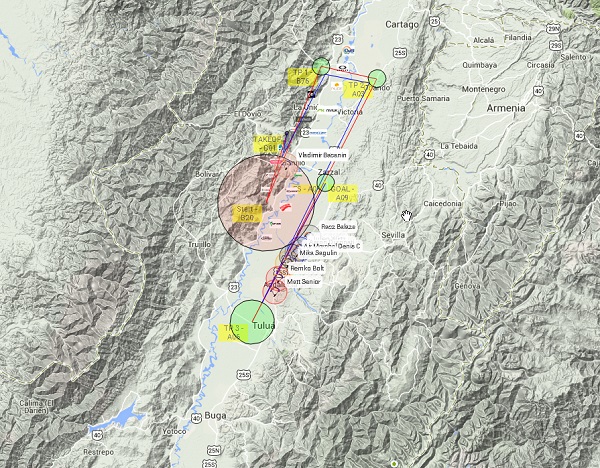 For today, a 122km Race to Goal. No short task has been set for the last day, this is a Cat1 competition and the Organisers are backed by an efficient IT team to get the final results together in good time for the prize-giving ceremony, whatever time the last pilot arrives!

The race start was earlier this morning. A start cylinder on the edge of Roldo then sent pilots north in the hills of La Victoria to tag the first turnpoint. This first leg was fast as pilots were able to push speed over the terrain. From there, they headed east across the flats to Obando and then a long leg south to Tulua. It was on this stretch that the field started to spread out, the majority choosing a direct line down the centre of the valley, searching for the convergence. The final stretches were tough. Conditions had deteriorated, covering the skies with high cloud from over development to the south west, which created a strong head wind. Bold pilots in the front gaggle continued to battle against the elements until they were finally defeated by the headwind some 20km short of goal. No one made it in, but the task winner today was Tilen Ceglar (Slovenia) who managed an impressive 98km. Close behind him Mika Sagulin (Finland) 97km, and third, Germany’s Marc Wensauer on 96km.

First women was Laurie Genovese who flew a cracking task coming in 29th overall for 92km. Slight disappointment was felt all round as pilots were robbed of their Goal-glory on the last day of this competition, but the general feeling is one of both relief and suspense as the results were posted just before prize-giving. Roldonillo hosted a giant fiesta, preceded with congratulations, trophies and a huge thanks to the Organisers, Pilots and inhabitants of this very magical Colombian town of Roldonillo.

And now for the final results of the competition which can be found on Airtribune’s website : https://airtribune.com/worlds2015/results/task10/comp/overall, but in a nutshell:

A double-wammy for France as they walk away with the individual titles : Honorin Hamard (France) new World Champion, and for the women’s event, Seiko Fukuoka-Naville (France), both crowned Champions of the 14th World Paragliding Championships.

Huge congratulations to the new champions and to all the pilots, from us, the Team at RockTheOutdoor !