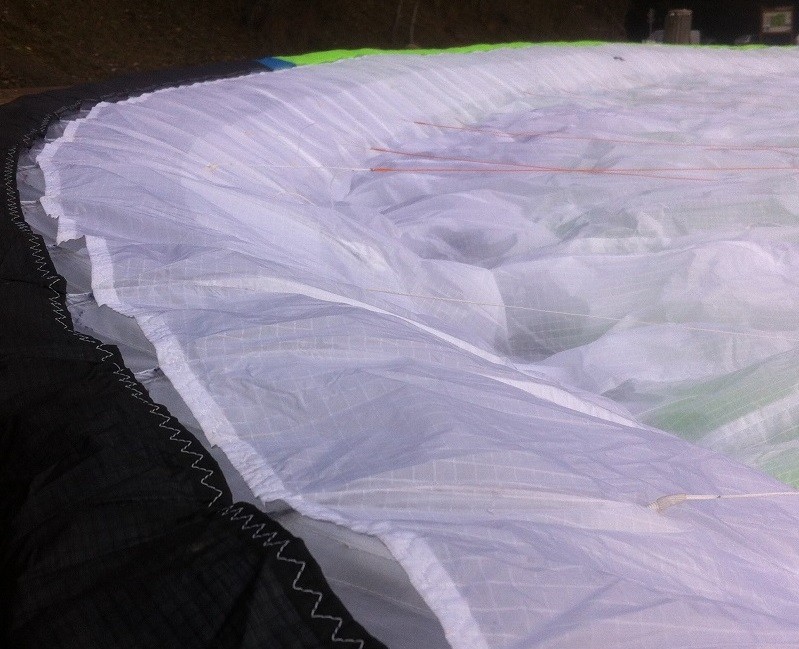 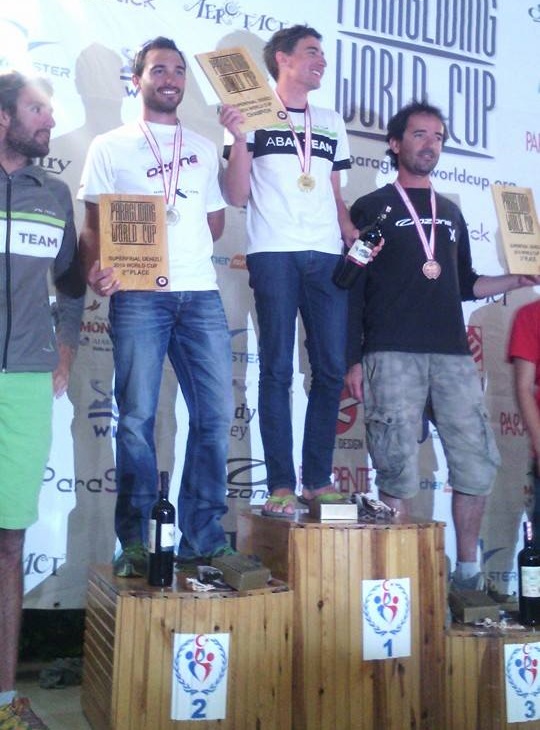 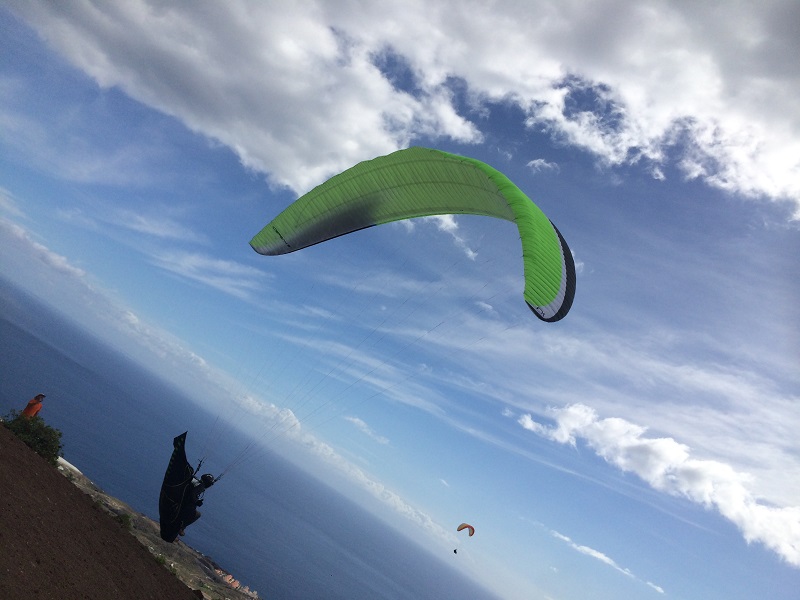 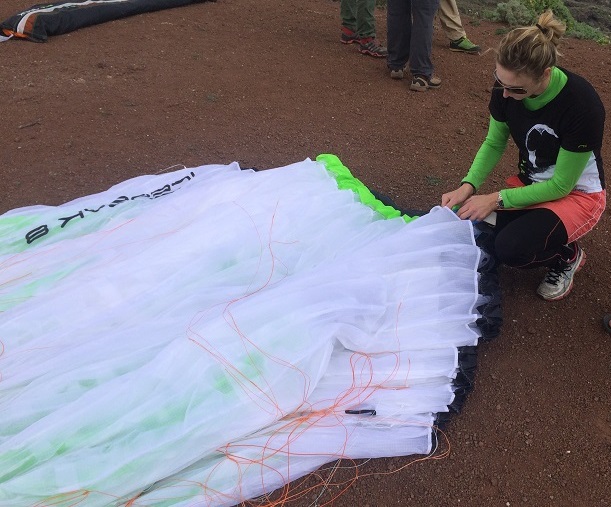 « The wing is beautiful. There’s nothing more to add. It’s a high technology wing !

Take off and landing are easy. But I’m more interesting in what is going on up there ! The wing is powerful, always carrying the pilot with it, attacking the air ! Huge sensation of glide, confirmed by my team mates, who had the opportunity to compare in Tenerife against the actual best gliders.

It’s a flat turn, with a high efficiency.

Turning with the IP8 is quite different from turning with the IP6 or IP7 Pro. It’s a flat turn, with a high efficiency. thanks to its great capacity to float in the air. Nice ! But the Niviuk touch is here : the wing seems to be really solid ! Looks like a hang-glider ! Modern structures don’t lose their shape anymore in turbulent air, and it’s truly efficient ! We can’t call our modern paragliders « pieces of rags » anymore.

Easy to control with the B’s and… the IP8 is really fast!

The wing is easy to control with the B’s. Everything is on two risers (A (and a little A’), and B). It’s true improvment compare to IP7 pro. And last but not least, and I would say the more stunning thing : speed ! The IP8 is really fast! Really the fastest wing I’ve flown since the end of the open class era… By far ! Effects of the CCC. And I’m quite light under the medium size…Promising for final glides or strong conditions…

In one month, we’ll be in Colombia and it’s a good news! » 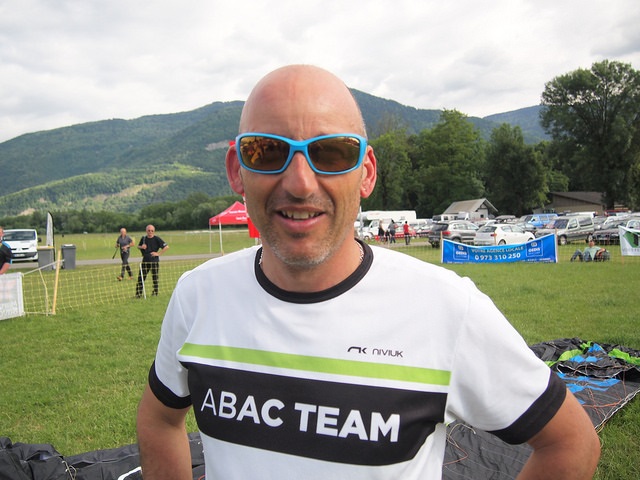 In my opinion take off and landing is super easy. The glider feels more rigid. Moving less than Icepeak 7 Pro (maybe because is bit smaller than my previous one?)…. suite