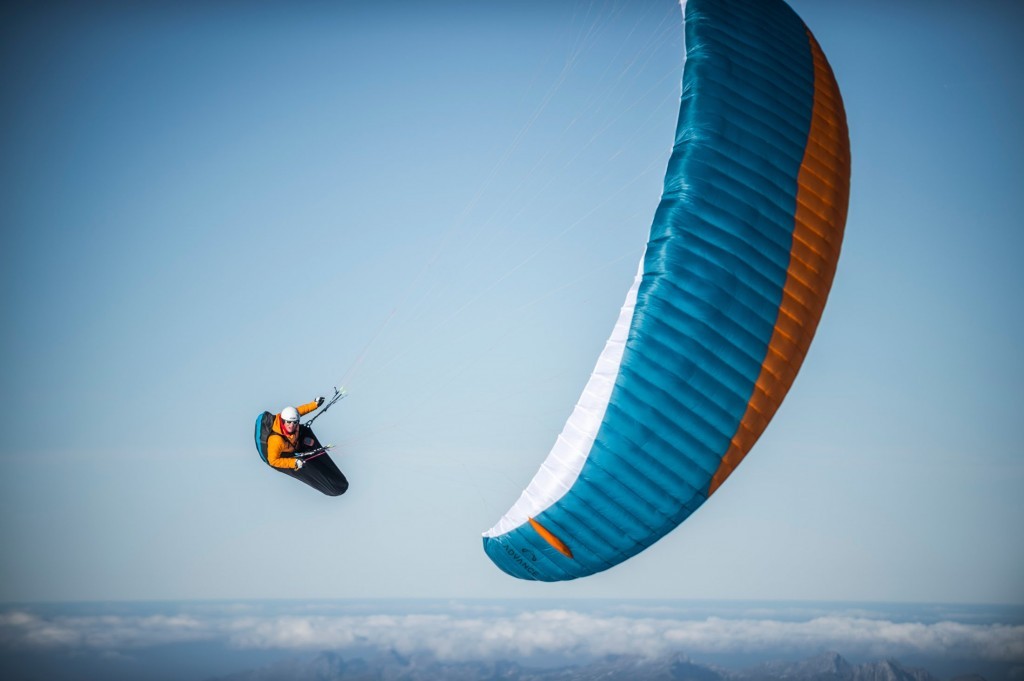 This is Advance’s response to a high-end EN-B, and sits comfortably in the Advance range between the Epsilon 7 series and the Sigma 9.

To promote the release of the IOTA, Advance produced a pre-release of two videos entitled “There is something in the Air…”, the first mentioning the release of a new product, the second video explained in more detail the new addition to the range and the reader got a first glimpse of the IOTA.

Flybubble UK has recently tested the M Size-26 (75-100kg). Out of the bag, the glider feels compact and light; Advance having used a semi-lightweight material, which brings the glider in at 4.8kg M-size.

Other features include a ceramic ring on the brakelines and Ronston pulleys for the speed system with stopper ball.

Advance have not used Dyneema, but have instead used Edelrid on the lines of the IOTA, claiming advantages of dimensional stability, durability, no shrinkage and less maintenance.

The glider inflates easily, despite the small cell openings and does not come up too aggressively. Launched in a range of wind speeds it does not require any particular A-riser input unless in the lightest of winds. A small brake input is however needed to stop it from overshooting, which is expected for a glider in this class.

The glider communicates well through the risers and the brakes and responds quickly to controlled inputs. It feels efficient and converts speed to height beautifully.

The glider is aimed at a high-end EN-B pilot with reasonably good gliders skills.

– see the description about the wing on the website ADVANCE

– see the two videos about the wing ADVANCE IOTA

© 2022 ROCK THE OUTDOOR
Powered by DynamiX